A petition of donation for Hada 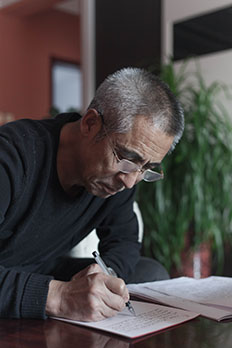 The South Mongolian Hada has been unjustly prisoned for 15 years since December,1995 , during which he was cruelly tortured and treated and his health began to worsen badly. According to law, he should have been released on 10 December,2010 and restored his freedom. However, the authorities still lock Hada at a black prison in the suburb of Hohhot and keep torturing him. Hada was finally released on 9 December,2014 and was reunited with his families. After the hospital inspection, he has got 9 diseases, seriously jeopardizing his health and life. The three members of his family have no jobs, no economic income and are in urgent need of money to receive medical treatment. In order to restore Hada’s health, we appeal the Mongolians to donate for Hada and pass on this petition via the Internet.

The beautiful mountains, rivers and prairies are precious heritage left to us by our ancestors. However, they are under destruction, desertification and pollution due to mining and factories. The environment of our parent language is also greatly damaged and the traditional culture and custom are on the verge of extinction, all of which poses many threats for the existence of our Mongolian people and livestock. Our water, air and food are polluted, our youth can’t find jobs and our farmers and herdsmen can hardly scrape a living. The Mongolians are deprived of their rights in their own homeland and the society becomes more and more unfair and cruel to us.

The reason for this petition is that Hada has led the Mongolian youth more than 20 years ago, inspiring and uniting them to begin campaigns to protect the homeland and rights of Mongolians. He upholds the genuine autonomy in South Mongolia and insists that the Mongolians live harmoniously and freely in their own land. His 19-year prison is not for his own benefit, nor for his family, instead, he does it and sacrifices his youth and health for the thousands and thousands of Mongolians. He is our national hero after Gada Meiren. It is those heroes that give our nation promising prospect and it is the nation who loves his heroes can be a nation with hope. It’s the world just path and healthy co-existence pattern for the Mongolians to be masters in their own land. Let do our bit to donate for our national hero and wish him speedy recovery and wish the water and air of our homeland great purification.